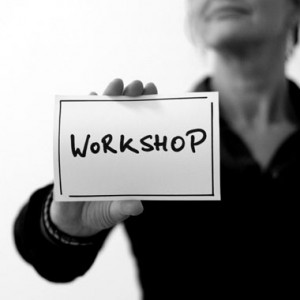 After a course postponement in January (due to lack of attendees) I finally took the VMware Design Workshop (v5) this week, a three day course designed to help you prepare for the VCAP-DCD exam as well as real life solution design using VMware vSphere. If you’ve sat the v4 course there’s very little difference so you can probably stop reading now…

I’ve been responsible for the same vSphere implementation at my company for well over four years now, so unlike contractors or consultants I’m not seeing new infrastructures every week and I’m not redesigning mine week to week either. So why go on the workshop you ask? I hoped that spending some time away from the office thinking about design might allow me a fresh look at how we currently have our environment configured as well as giving me a gauge on my own skillset. There was a select group of four on the course which was a slight shame as I think more people would have increased discussions and added value (everyone does things differently and has different circumstances). Despite the limited numbers we had diverse opinions and experience covering government, army, SME and enterprise environments. Luckily our instructor Paul McSharry (@pmcsharry) is one of those trainers who’s also still consulting/contracting so he was more than able to fill any gaps with real world experience including some great discussions around VMware’s vCloud in particular (although neither vCD nor vCloud are on the blueprint they made for great examples). I’ve was lucky to have Mike Laverick for my ICM course back in 2007 and equally lucky to have Paul, he’s a great trainer.

The workshop is still a three day course with minimal hands on work – it’s all whiteboards and discussions. That in itself is quite refreshing as many courses are ‘heads down’ in a PC racing through labs whereas this course is more social. It also meant I kept my mind off work for the three days as I didn’t have a PC in front of me as a distraction! It looks as if the order of the modules has changed from the v4 course but the content is largely the same;

I was surprised to see some topics which I expected to be ‘bread and butter’ subjects get minor coverage;

Every vendor course has some ‘best practices’ which you take with a pinch of salt and this course is no different. ‘Always use jumbo frames’, ‘Always buy the fastest CPU you can afford’, ‘Prefer distributed switches’. Keep your questioning hat on!

The lab scenarios didn’t always give enough information but that does at least make them flexible – there’s no reason why you can’t set yourself some constraints. There was no requirement around storage protocol choice for example so I found myself picking NFS but having to justify it based on other elements of the design. Cost wasn’t mentioned in mine beyond ‘it should be cost effective’ so you have to make you own mind up – would vCSHB be worthwhile for example? I decided not and as long as you understand the implications of your choices you’ve achieved your goal.

Overall I found the course very useful although given that I’m not doing design as part of my job I suspect I’ll find the exam very tough. The blogosphere covers a lot of relevant material which the course skims over due to time restrictions – I doubt the workshop alone would be sufficient to pass the exam. Now I just have to hit the whitepapers and the design bible (VMware vSphere design by Forbes Guthrie, Scott Lowe, and Maish Saidel-Keesing) while I wait for the v5 exam to be officially released. Given that the beta has already come and gone I don’t think I’ll have long to wait!

UPDATE May 2012 – The exam has now been released. You can get details on the official VMware Education page and sign up for authorisation here.

Sean Crookston has a collection of links from other workshop reviews.