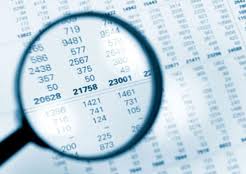 I recently had to complete an external audit of our VMware estate and thought it might be useful to others to know what the process entails, what you’ll need to provide to the auditors, and a few issues that I wasn’t aware of beforehand around licencing compliance. The initial approach by the auditor will describe the overall process and expected timelines (which will vary based on the size of your company).

There are two main steps in the process – self disclosure and discovery;

END_OF_DOCUMENT_TOKEN_TO_BE_REPLACED

In the first part of this series I introduced vCOps and it’s requirements before covering the new features in part two. This final blogpost covers the capacity features (available in the Advanced and higher editions) along with pricing information and my conclusions.

The previous trial I used didn’t include the capacity planning elements so I was keen to try this out. I’d used CapacityIQ previously (although only briefly) and found it useful but combined with the powerful analytics in vCOps it promises to be an even more compelling solution. VMware have created four videos with Ben Scheerer from the vCOps product team – they’re focused on capacity but if you’ve watched Kit Colbert’s overview much of it will be familiar;

If you don’t have time to watch the videos and read the documentation (section 4 in the Advanced Getting Started guide) here’s the key takeaways;

END_OF_DOCUMENT_TOKEN_TO_BE_REPLACED

Last week VMware released their latest fling (an unsupported) utility called vBenchmark. According to the website;

vBenchmark measures the performance of a VMware virtualized infrastructure across three categories:

Is it worth deploying?

The answer will depend largely on whether you need metrics and, if you do, what tools or metrics you already have for your virtual infrastructure.

If you already run Veeam Monitor, vKernel’s vOperations or even vCenter Operations you may already have all the ‘ammo’ you need, but even though those tools can provide the information it’s sometimes hard to see the wood for the trees. vBenchmark is very simple but that’s its strength – it’s free, easy and quick to setup (it’s supplied in .OVF format) and gives you some useful (and some not so useful) information right away.

Having just upgraded to vSphere5 I was curious to see how much vRAM we were using. The licence portal in vCenter doesn’t do a very good job and only shows an overall view. vBenchmark lets you break down the statistics to various levels, of which per cluster I found the most useful;

END_OF_DOCUMENT_TOKEN_TO_BE_REPLACED

In my article The Good, the Bad, and the Ugly I discussed the controversial licencing change which is coming with vSphere5. Many people are saying they’ll move to a competing hypervisor to escape these potentially higher license fees and even though my company aren’t facing this issue (our vRAM entitlement is sufficient in the short term at least) at some point my management team are going to (or should!) ask me to justify the expense and whether there are suitable alternatives. Most people I speak to acknowledge that the competition can’t compare with vSphere for features or maturity but they do discuss when they’ll be ‘good enough’ to satisfy the more basic requirements (and at a cheaper price?). So is now the time for the competition to shootdown vSphere?

‘Gunfight at the ‘OK?’ corral!

I needed facts so I set out to see how feasible a change would be and if the benefits were justified. For the purposes of this article I’m going to concentrate on the three main virtualisation vendors recognised as leaders by Gartner – VMware (vSphere), Citrix(XenServer) and Microsoft (Hyper-V). I’m also going to focus purely on my own environment – I don’t know XenServer or Hyper-V well enough to do a general purpose comparison and there are too many factors to consider in a single blogpost.
PS. If you’re after a general comparison  I’d suggest starting with Andreas Groth’s virtualisation matrix. This excellent site lets you see at a glance the feature sets of the three main hypervisors and even generate custom reports. Note that the site starts with the free version of ESXi and XenServer selected for comparison. You can use the menus on the left to change the version for each solution etc as required – nice!

Before even worrying about general performance, stability, quality of support, roadmaps etc I thought I’d do a feature check specific to my environment. We’re primarily using our VMware platform for server consolidation – we’ve done the P2V game for all but a few tier1 apps and now use it heavily for dev and test environments which are 100% virtual. As an Enterprise (not Enterprise+) licencee we don’t have access to some of the higher end features (distributed switches, host profiles, SIOC) nor are we using the extended VMware ecosystem such as SRM, Cloud Director, Orchestrator etc. Given our relatively simple use of virtualisation I suspected we’d be a good candidate for the ‘good enough’ competitors.  Comparing vSphere Enterprise vs Hyper-V Enterprise vs XenSever Enterprise Edition I found that; 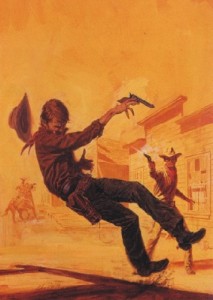 For my specific circumstances the competition is not ‘OK’ because we’d lose functionality we rely on.

This will vary for everyone and will be completely different if you’re just starting down the virtualisation road and don’t have a feature-set to match up to (in which case this VMware vs XenServer cost calculator or VMware vs Hyper-V cost comparison might help). Could we work around all the issues above? Sure we could, but would it be cost effective? Having already paid for our VMware licensing we aren’t going to simply drop the technology however, at best we’d add new capacity using an alternative hypervisor and slowly migrate all hosts to the new platform. If we did go down that road then we’d have the challenge of running a multi-hypervisor infrastructure at least in the short term – increased training, increased complexity, limited toolsets (most support a single hypervisor only), interoperability issues etc.

The whole reason behind this research was to see if we could save money, and if that in turn justified a switch. This is always tricky as it’s rarely an ‘apples to apples’ comparison but my brief findings were that any cost saving would be eaten up by new toolsets, training, migration costs etc. I’d also note that as we’re entitled to vSphere5’s new features for no extra cost the competition is going to have to improve futher still to make this change feasible in the future.

If the recent licensing change means your costs will increase or you just want to reduce vendor lock in I’d recommend doing the same comparison for your infrastructure to see how feasible a change really is. I suspect VMware are able to raise prices (even if only for the alleged minority) because they know that for most people it’s not a viable or particularly attractive option.

This free online training from Microsoft Virtual Academy is a good place to learn more about Hyper-V.

Why VMware continues to dominate despite Hyper-V advances

The announcement on 12th July about vSphere5 was largely overshadowed by the furore around licensing changes. My gut reaction was much like many people – angry that VMware seemed to be charging more for the same functionality. If you want a feel for customer feedback, this VMware communities thread is a good place to start or see how many posts on the ESXi v5 forums relate to licensing. I’ve now reached phase 5 of ‘the LonelySysAdmin’s 5 stages of VMware licensing grief‘ – acceptance.