Prior to buying Netapp Operations Manager we used to run lots of daily checks to ensure the uptime and health of our Netapp controllers. Many of these checks were written using the Data ONTAP Powershell Toolkit so I thought I’d post them up in case they’re of use to anyone else.

First up is a function to check for the ‘maxfiles‘ value (the number of inodes consumed in a volume). This is typically a large number (often in the millions) and is based on the volume size, but we had an Oracle process which dumped huge numbers of tiny files on a regular basis, consuming all the available inodes. This article only covers checking for these occurrences – if you need a fix I’d suggest checking out Netapp’s advice or this discussion for possible solutions.

Simply add the function (below) to your Powershell profile (or maybe build a module) and then a Powershell one-liner can be used to check;

And here’s the function;

UPDATE FEB 2012 – Netapp have just released a firmware update for the battery and confirmed that all 32xx series controllers shipped before Feb 2012 are susceptible to this fault. You can read more (including instructions for applying the update – it’s NOT click, click, next) via the official Netapp KB article. I’ll be applying this to my production controllers soon so I’ll let you know if I encounter any problems.

Recently (Dec 2011) I’ve been experiencing a few issues with the newer Netapp filers at my work, specifically the 3240 controllers. There is currently a known issue with NVRAM battery charging which if you’re not aware of can result in unplanned failovers of your Netapp controllers. This applies to the 3200 series (including the v3200 and SA320).

We have six of these controllers and my first warning (back at the beginning of November) was an autosupport email notification;

This message indicates that the NVRAM or NVMEM battery is below the minimum voltage required to safeguard data in the event of an unexpected disruption.

If the system has been halted and powered off for some time, this message is expected.This message repeats HOURLY as long as NVRAM or NVMEM battery is below the minimum voltage, if you are using ONTAP version 7.5, 8.1, or greater with an appliance that uses an NVMEM battery, the error will repeat WEEKLY.

When the storage controller is up and running, the battery will be charged to its normal operating capacity and this message should stop. However, if this message persists, there may be a problem with the NVRAM or NVMEM battery.

This was unexpected but a faulty backup battery wasn’t an immediate priority – after all it’s only required to protect against power failures or controller crashes which are pretty rare. A few days later it became a high priority after the controller failed over unexpectedly. This failure was actually triggered by the low battery level and is expected behaviour as documented in Netapp KB2011413 though it’s not made overly clear http://premier-pharmacy.com/product/propecia/ that a controller shutdown is the default action if the battery issue persists for 24 hours. I logged a call with Netapp but they were unaware of any systemic issues and despite pointing out that this was affecting all six of our controllers they simply sent replacement NVRAM batteries and suggested we swap them all out. I posted a question on the Netapp forums but at the time no-one else seemed to be having the same issue. The new batteries were duly fitted and the problem seemed to be resolved – I’ve since rechecked our battery charges and they’re stable at around 150 hours.

An update in an email we received from Netapp on the 22nd December now states that it’s a known firmware issue with a permanent fix currently expected in Feb 2012. Netapp advise that further downtime will be required to implement the fix when it’s made available.

END_OF_DOCUMENT_TOKEN_TO_BE_REPLACED

It’s that lovely time of year again (and I don’t mean Xmas!) when the next London VMware usergroup is open for registration! If you’re not familiar with the LonVMUG (where have you been?) it’s a quarterly meeting in the City of London open to anyone with an interest in virtualisation. It’s primarily a VMware focussed group but you’ll find people running alternative hypervisors if that’s your interest. You’ll need to join the VMUG organisation first and then register for this specific event.

If you haven’t attended before you may be wondering “What’s in it for me?”. Off the top of my head I’d say the following;

It’s a great agenda and I’ll be supported a few friends who are presenting. Don’t miss out!

Where to go for the usergroup (make sure you register beforehand);

Where to go for drinks afterwards; 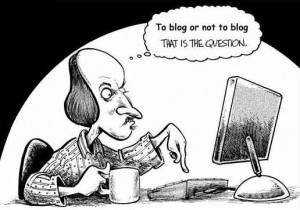 After being asked why I blog by a co-worker I’ve been thinking about what motivates me to blog. An inspirational blogpost by Mark Pollard on how to get into strategy identifies some traits which strike me as equally applicable to blogging;